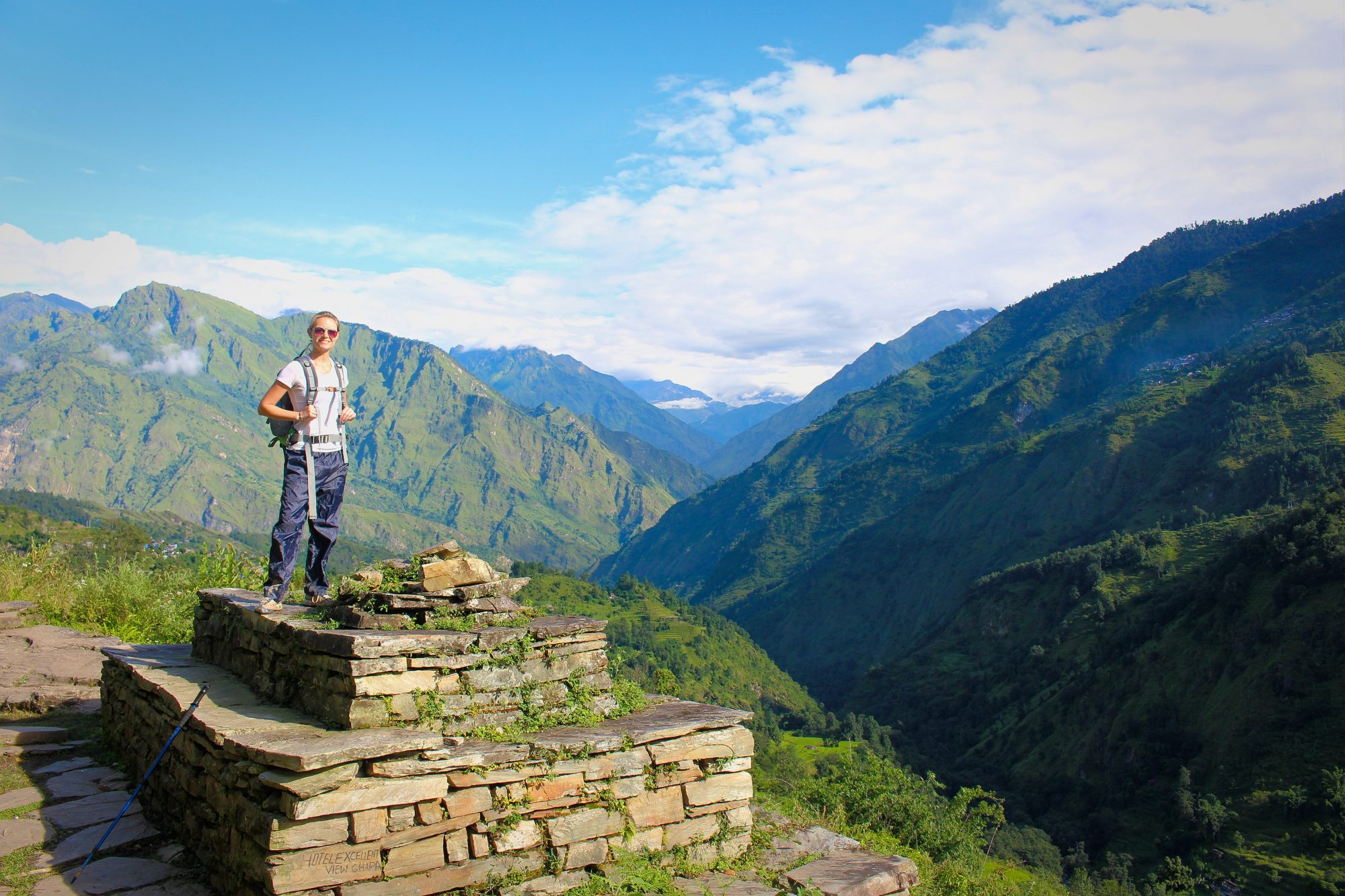 Nepal… For many, the name alone brings up images of the mighty snowcapped Himalayas, serene Buddhist stupas adorned with strands of multicolored prayer flags flapping in the wind and a sublime combination of solemn, almost mystical tranquility and unparalleled natural beauty seen nowhere else in the world. I love Nepal. The people, the nature, the spirituality, the food and every ounce of every little thing in between. As I crossed the border from the chaos of northern India into Nepal’s southern Terai, a general sense of calming and slowing down washed over me. It’s hard to describe the sensation precisely but I guess it’s easiest to say that it felt a lot like exhaling a long, deep breath you’d been holding in for too long. It felt good. Really, really good.

Just a few kilometers past the border my first destination would be to the small, hot southern town of Lumbini. The birthplace of Siddhartha Gautama in 623 BC, the original Buddha and the founder of Buddhism. The actual spot where Siddhartha was born had been historically marked with a large flagstone and years later a stone temple was erected atop the sacred spot, one of the five most sacred locations in Buddhism. These days the ancient crumbling temple is protected from the elements by a modern structure but it is still a pilgrimage site for Buddhists around the world and a unique and spiritual place to visit. The crumbling temple and the stone slab where Buddha was born gave me an almost tingling feeling being in its presence. Itself the epicenter of the profound belief of millions of people around the world. Over the past few decades the forested land around the temple has been donated by the Nepalese government to the global worship of Buddhism. And in turn, each country that practices the religion widely has built, or are currently building a temple nearby in tribute to the sacred birthplace of Buddha. It was fascinating to spend a day walking along the tree lined paths visiting beautiful temples built by countries from Burma and Indonesia to Korea and China and even Germany and Canada. There are around two dozen beautiful, ornate temples in all. Each one different and striking in their own way. Buddhism is a beautiful, peaceful religion and one that I feel very strongly towards; so seeing where it all began was an amazing and highly rewarding experience.

In the beautiful German temple complex

Many temples throughout the forest

Moving on from the hot farmland and jungle of Lumbini, I headed north to the lush green foothills of the Himalayas and the jumping off point to the Annapurna range… beautiful Pokhara. Nestled between fertile green mountains on the shores of a lily covered lake with snow-capped peaks in the distance, Pokhara is the type of place that grabs ahold of your soul immediately and doesn’t want to let go. It is a special place with an unparalleled combination of adventurous outdoor activities from trekking to rafting and yet it somehow maintains a calm tranquility in its idyllic mountain landscape. Needless to say I was hooked and hooked hard.

For eighteen days I made Pokhara my home away from home. Spending incredible days wandering along the majestic lake, watching rich local cultural shows, going on motorcycle adventures into the mountains, lounging deep in thought at lakeside cafes reading and writing and so much more. I already look back on those days as some of the finest and most peaceful I’ve had on this epic adventure.

Momos! If you are in Nepal, you must eat momos.

Biking into the Himalayas!

Among many memorable highlights in the Pokhara area, one of the greatest both in the region and on my journey as a whole was a week long group trek into the Annapurna range. Wild and inspiring on so many levels, the sheer magnitude of the stunning beauty I saw along the winding climb through the mountains left  jaws agape at every turn. Absolutely breathtaking. Climbing the “Stone Steps” on the second day, a collection of over 3000 muscle testing stairs carved straight up  the mountainside was both exhausting and thrilling.  Knowing that at the end of the day we’d possibly catch a glimpse of snow-capped peaks all around us, some of the tallest in the world, made the pain of the days hike almost disappear. When we finally reached the apex we found ourselves wrapped in a thick blanket of clouds with no views to be had. But after an evening relaxing our aching feet and warming ourselves by the fire in our mountain teahouse, we rose again at 4am and climbed to the top of Poon Hill and watched…. in awe… as the sun rose over the snowcapped Annapurna range. Its snowy peaks framed majestically by the layers of silky clouds around us. It was magical and one of those experiences whose memory will be with me for a lifetime.

Into the Himalayas we go…

As we continued our hike in the Annapurna range walking along trails through farms and past beautiful handmade stone homes adorned with flowers and fruit trees, we were taken aback not only by the incredible setting in which these people live, but also by the friendliness we encountered from local villagers we passed along the way. It was inspiring and heart-warming. At one point some local farmers even gave me a “mountain cucumber” which was about the size of a watermelon. They sliced it into pieces and put some fresh crushed green chili pepper on it and it made for an excellent cool and spicy snack on the trail. After several amazing days hiking we finished our trek off with a visit to a natural mountain hot spring and soaked our weary bones in its warm waters for an afternoon. The perfect end to an epic adventure. The Annapurna trip was one of the best experiences I’ve had on my journey and possibly ever. As soon as we returned to Pokhara I decided that I would definitely need to come back someday and trek deeper into the Himalayas, likely to Everest Base Camp and quite possibly sometime in the near future. More trekking in the Himalayas has a new esteemed place at the top of my must do list.

Leading a morning yoga group on our teahouse roof in the mountains.

Leaving Pokhara after several incredible weeks was about as hard of a departure as I’ve had. To make it a little easier I decided to make my way down to the next destination Chitwan National Park, by whitewater raft. Why bus when you can raft I always say?! But that’s a story for another day.